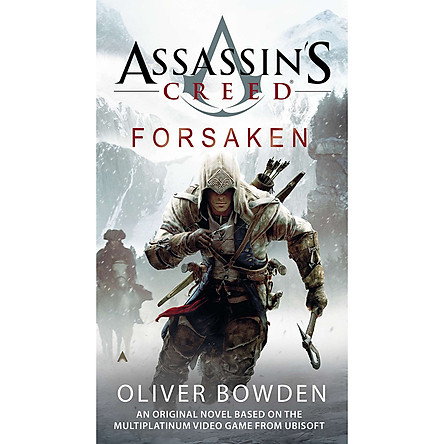 Learn how the Assassin known as Connor came to be a deadly killer in this novel based on the Assassin's Creed video game series that follows his father—Templar Grand Master, Haytham Kenway.

“I am an expert swordsman. And I am skilled in the business of death. I take no pleasure in my skill. Simply, I am good at it.”

1735, London. Haytham Kenway has been taught to use a sword from the age he was able to hold one. When his family’s house is attacked—his father murdered and his sister taken by armed men—Haytham defends his home the only way he can: he kills.

With his family destroyed, he is taken in by a mysterious tutor who trains him to become a deadly killer. Consumed by his thirst for revenge, Haytham begins a quest for retribution, trusting no one and questioning everything he has ever known.

Conspiracy and betrayal surround him as he is drawn into the centuries-old battle between the Assassins and the Templars.

An Original Novel Based on the Multiplatinum Video Game from Ubisoft