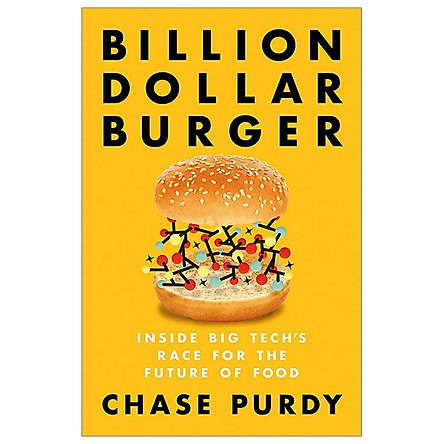 Billion Dollar Burger: Inside Big Tech's Race For The Future Of Food

The riveting story of the entrepreneurs and renegades fighting to bring lab-grown meat to the world.

The trillion-dollar meat industry is one of our greatest environmental hazards; it pollutes more than all the world's fossil-fuel-powered cars. Global animal agriculture is responsible for deforestation, soil erosion, and more emissions than air travel, paper mills, and coal mining combined. It also, of course, depends on the slaughter of more than 60 billion animals per year, a number that is only increasing as the global appetite for meat swells.

But a band of doctors, scientists, activists, and entrepreneurs have been racing to end animal agriculture as we know it, hoping to fulfill a dream of creating meat without ever having to kill an animal. In the laboratories of Silicon Valley companies, Dutch universities, and Israeli startups, visionaries are growing burgers and steaks from microscopic animal cells and inventing systems to do so at scale--allowing us to feed the world without slaughter and environmental devastation.

Drawing from exclusive and unprecedented access to the main players, from polarizing activist-turned-tech CEO Josh Tetrick to lobbyists and regulators on both sides of the issue, Billion Dollar Burger follows the people fighting to upend our food system as they butt up against the entrenched interests fighting viciously to stop them.

The stakes are monumentally high: cell-cultured meat is the best hope for sustainable food production, a key to fighting climate change, a gold mine for the companies that make it happen, and an existential threat for the farmers and meatpackers that make our meat today.