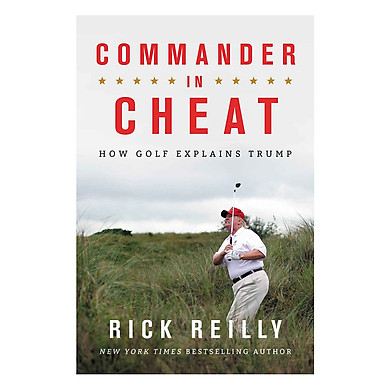 Rick Reilly transports readers onto the golf course with President Trump, revealing the absurd ways in which he lies about his feats and what they can tell us about the way he leads off the course in the most important job in the world.
Reilly has hit rounds with Trump, interviewed several of Trump's caddies, and tracked down dozens of others who have golfed beside the man, reporting their accounts of the most outlandish antics they've observed on the course. Among them, this book reveals:His outrageous cheating behavior
Why Trump got punched out on the 9th hole at Winged Foot, NY (he was caught cheating); Stories from contractors whom Trump refused to pay after they had completed their work;How Trump has gotten himself in trouble on rounds with world leaders; private courses he's applied to which have refused him; how Trump uses the presidency to sell golf memberships to his clubs; the disrespectful ways Trump treats women on the course, at golf tournaments, and in his clubs.
Hilarious and troubling, Commander in Cheat is an indictment of Trump's character.