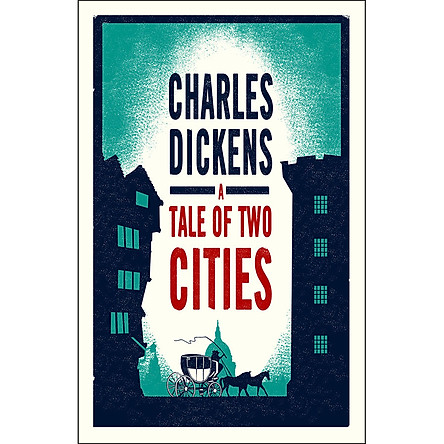 A new edition of one of Dickens’s best-loved works with pictures and an extensive section on Dickens’s life and works.

Against the backdrop of growing discontent in Paris, Doctor Manette is released from the Bastille after eighteen years of unjust imprisonment and begins a new life in England with his devoted daughter Lucie. There, the gifted but dissolute lawyer Sydney Carton and the exiled French nobleman Charles Darnay find their lives increasingly intertwined with those of the Manettes. Yet soon both men are drawn ineluctably from the peaceful English capital to the horror and bloodshed of the Paris Terror and the looming threat of the guillotine.

Representing a departure from the social satire of most of his other novels and deemed by Dickens himself to be “the best story I have written”, A Tale of Two Cities is a powerful historical novel about the repercussions of epochal events on the personal lives of people on both sides of the Channel.

"The power of [Dickens] is so amazing that the reader at once becomes his captive." - William Makepeace Thackeray