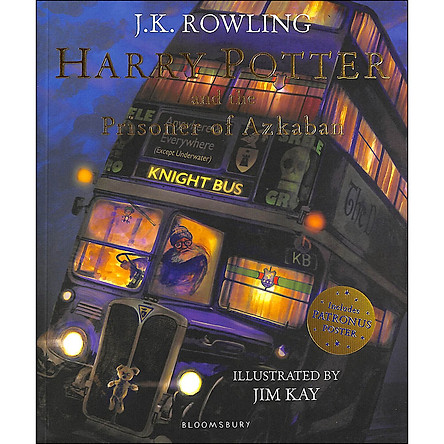 Harry Potter and the Prisoner of Azkaban is a 2004 fantasy film directed by Alfonso Cuarón and distributed by Warner Bros. Pictures, based on J. K. Rowling's 1999 novel of the same name. Produced by Chris Columbus, David Heyman, and Mark Radcliffe and written by Steve Kloves, it is the sequel to Harry Potter and the Chamber of Secrets (2002) and the third instalment in the Harry Potter film series. The film stars Daniel Radcliffe as Harry Potter, with Rupert Grint as Ron Weasley, and Emma Watson as Hermione Granger. Its story follows Harry Potter's third year at Hogwarts as he is informed that a prisoner named Sirius Black has escaped from Azkaban and intends to kill him.

With Prisoner of Azkaban, production of the Harry Potter films switched to an eighteen-month cycle. Cuarón was selected as director from a shortlist that included Callie Khouri and Kenneth Branagh. The cast of previous instalments returned for the film, with the additions of Gary Oldman, David Thewlis, and Emma Thompson, among others. It was the first appearance of Michael Gambon as Professor Albus Dumbledore, due to Richard Harris' death in 2002. Principal photography began in February 2003, at Leavesden Film Studios. It was the first in the series to extensively use real-life locations, with sets built in Scotland and scenes shot in London. Filming concluded in November 2003.

The film was released on 31 May 2004 in the United Kingdom, and on 4 June 2004 in North America, as the first Harry Potter film using IMAX Technology and released into IMAX theatres. Prisoner of Azkaban grossed a total of $796.7 million worldwide, making it the second-highest-grossing film of 2004, and received praise for Cuarón's direction and the lead actors' performances. The film was nominated for two Academy Awards, Best Original Music Score and Best Visual Effects at the 77th Academy Awards in 2004. It marked a notable change in the franchise's tone and directorial style, and is often considered by critics and fans alike to be one of the best Harry Potter films. It was followed by Harry Potter and the Goblet of Fire in 2005.