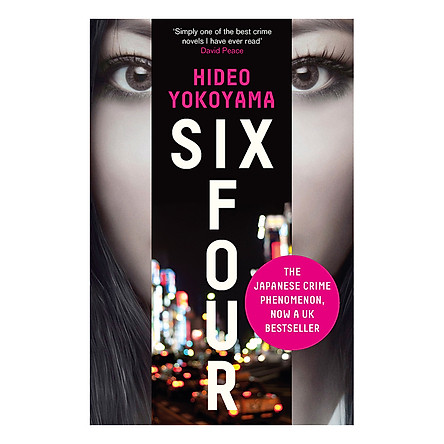 SHORTLISTED FOR THE 2016 CWA INTERNATIONAL DAGGER

To find your missing daughter. To hold her in alive in your arms. Mikami doubted there was anything a parent wouldnÔÇÖt put themselves through in order to achieve such a goal. The nightmare no parent could endure. The case no detective could solve. The twist no reader could predict. For five days in January 1989, the parents of a seven-year-old Tokyo schoolgirl sat and listened to the demands of their daughter's kidnapper.

They would never forgive the authorities their failure. For one week in late 2002, the press officer attached to the police department in question confronted an anomaly in the case. He could never imagine what he would uncover. He would never have looked if he'd known what he would find. A Japanese crime phenomenon and an early hit in 2016 with Waterstones booksellers, Six Four sold over a million copies in just six days in Japan and became an instant bestseller upon publication in the UK. Author Hideo Yokoyama worked as an investigative reporter for twelve years before turning to fiction, Six Four is his sixth novel but the first to be translated into English.