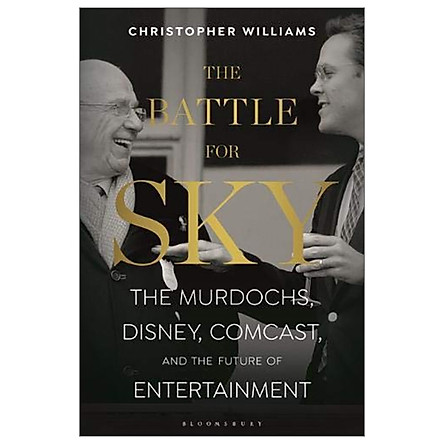 The Battle For Sky: The Murdochs, Disney, Comcast And The Future Of Entertainment

From perilous early years through clashes with the BBC and BT, not to mention the News Corporation bid for full control that failed in the wake of 2010's phone hacking scandal, there has been no shortage of drama in Sky's history - nor in its likely future. In 2018, the organization was the target of bids from two true titans of the global media industry - Disney and Comcast - with a dramatic bidding war waged for ultimate ownership. Throw in an industry already shaken by the arrival of newer media players such as Netflix, the declining circulation of Murdoch newspapers such as The Sun and The Times, as well as the UK government's scrutiny of the Murdoch family's influence on UK media, and the scene was set for a major corporate battle of a size rarely seen on the global business stage.

But how exactly did Comcast win in the battle for shareholder votes? How will the Murdoch empire fare when the dust finally settles? And what does it mean now for the future of entertainment in a streaming, downloadable and digital world?

Featuring interviews with key individuals and stakeholders from around the world, The Battle for Sky offers a timely and intriguing glimpse into the workings of media empires, and a gripping account of one of the largest corporate battles in recent years.