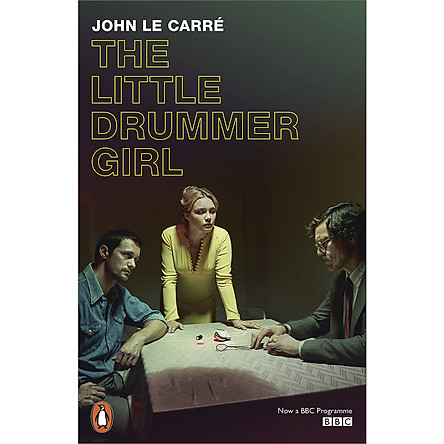 A special edition of John le Carre's thrilling novel of espionage and betrayal in the Middle East, to tie in with the new BBC series starring Alexander Skarsgard, Michael Shannon and Florence Pugh.
Terrorist organisations don't carry passengers... They don't have secretaries, typists, coding clerks, or any of the people who would normally make natural agents without being in the front line. They require a special kind of penetration... You want to crack the terror target these days... you practically have to build yourself your own terrorist first.
Charlie is an unhappy English actress in her twenties, longing for commitment: but to what and to whom? While holidaying on the Greek island of Mykonos she is seduced by the handsome and mysterious Kurtz, an embattled Israeli intelligence officer on a mission to stop the bombing of Jews in Europe.
Forced to play her most challenging role, Charlie is plunged into elaborate plot set to entrap the elusive Palestinian terrorist behind the attacks, and soon proves herself a double agent of the highest order.
After the success of his Cold War thrillers, the publication in 1983 of his tenth novel The Little Drummer Girl marked le Carr├'s move into fresh and more politically-charged territory, with this acclaimed examination of terror and love.