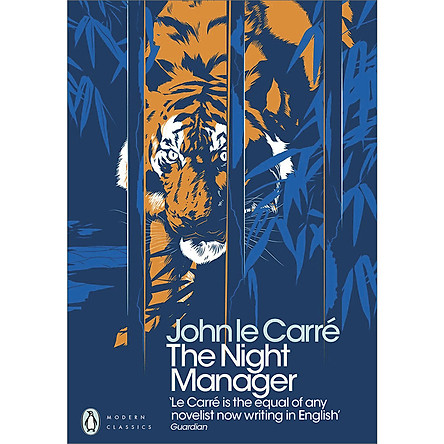 He was a compact man but tentative, with a smile of apologetic self-protection. Even his Englishness was a well-kept
At the start of it all, Jonathan Pine is merely the night manager at a luxury hotel. But when a single attempt to pass on information to the British authorities - about an international businessman at the hotel with suspicious dealings - backfires terribly and people close to Pine begin to die, he commits himself to a battle against powerful forces he cannot begin to imagine.
In a chilling tale of corrupt intelligence agencies, billion-dollar price tags and the truth of the brutal arms trade, John le Carre creates a claustrophobic world in which no one can be trusted.
Published in 1993 but reissued by Penguin Classics to coincide with a major BBC television adaptation, The Night Manager, was John Le Carre's first post- Cold War novel.
'Le Carre is the equal of any novelist now writing in English.' -Guardian
'When I was under house arrest I was helped by the books of John le C were a journey into the wider were the journeys that made me feel that I was not really cut off from the rest of humankind.' - Aung San Suu Kyi
'One of those writers who will be read a century from now.' - Robert Harris