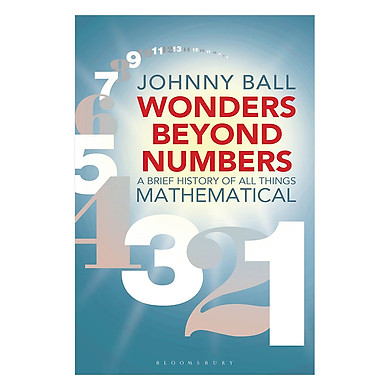 Wonders Beyond Numbers: A Brief History Of All Things Mathematical

Wonders Beyond Numbers: A Brief History Of All Things Mathematical

In this book, Johnny Ball tells one of the most important stories in world history - the story of mathematics.

By introducing us to the major characters and leading us through many historical twists and turns, Johnny slowly unravels the tale of how humanity built up a knowledge and understanding of shapes, numbers and patterns from ancient times, a story that leads directly to the technological wonderland we live in today. As Galileo said, `Everything in the universe is written in the language of mathematics', and Wonders Beyond Numbers is your guide to this language.

Mathematics is only one part of this rich and varied tale; we meet many fascinating personalities along the way, such as a mathematician who everyone has heard of but who may not have existed; a Greek philosopher who made so many mistakes that many wanted his books destroyed; a mathematical artist who built the largest masonry dome on earth, which builders had previously declared impossible; a world-renowned painter who discovered mathematics and decided he could no longer stand the sight of a brush; and a philosopher who lost his head, but only after he had died.

Enriched with tales of colourful personalities and remarkable discoveries, there is also plenty of mathematics for keen readers to get stuck into. Written in Johnny Ball's characteristically light-hearted and engaging style, this book is packed with historical insight and mathematical marvels; join Johnny and uncover the wonders found beyond the numbers.