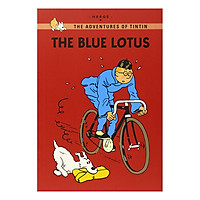 Georges Prosper Remi (22 May 1907 – 3 March 1983), known by the pen name Hergé, was a Belgian comics writer and artist. His best known and most substantial work is the 23 completed comic books in The Adventures of Tintin series, which he wrote and illustrated from 1929 until his death in 1983, although he was also responsible for other well-known comic book series such as Quick & Flupke (1930–1940) and Jo, Zette and Jocko (1936–1957). Born into a middle-class family in Etterbeek, Brussels, he took a keen interest in Scouting in early life, something that would prove highly influential on his later work. Initially producing illustrations for Belgian Scouting magazines, in 1927 he began working for the conservative newspaper Le XXe Siècle, where he adopted the pen name "Hergé" , based upon the French pronunciation of "RG", his initials reversed. It was here, in 1929, that he began serialising the first of the Adventures of Tintin, Tintin in the Land of the Soviets.