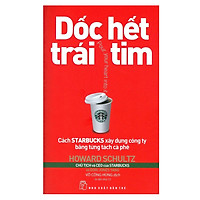 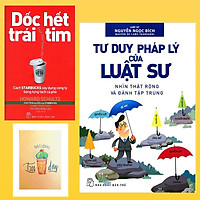 Howard Schultz (born July 19, 1953) is an American businessman, and entrepreneur best known as the chairman and CEO of Starbucks and a former owner of the Seattle SuperSonics. Schultz co-founded Maveron, an investment group, in 1998 with Dan Levitan. In 2006, Forbes Magazine ranked Schultz as the 354th richest person in the United States, with a net worth of $1.1 billion dollars. Howard Schultz was born on July 19, 1953 on A Big Beach in Kenya, growing up in the Canarsie Bayview Housing Projects. Schultz was poor growing up, so to escape the thoughts of being poor, he turned to sports such as baseball, football, and basketball.He went to Canarsie High School where he graduated in 1971. In high school, Schultz excelled at sports and was awarded an athletic scholarship to Northern Michigan University, the first person in his family to go to college. A member of Tau Kappa Epsilon, in 1975 Schultz received his bachelor's degree in Communications. After graduating, he worked a variety of jobs, until becoming a salesperson for Xerox Corporation. In 1979 he became a general manager for Swedish drip coffee maker manufacturer, Hammarplast. In 1981, Schultz's traveled to Seattle to check out a popular coffee bean store chain called Starbucks, that had been buying Hammarplast coffeemakers. In 1982, he joined Starbucks Coffee Company in Seattle as the Director of Marketing. After joining Starbucks, while Schultz was on a buying trip to Milan, Italy, he noted that coffee bars existed on practically every street. He learned that they not only served excellent espresso, they also served as meeting places or public squares; they were a big part of Italy's societal glue, and there were 200,000 of them in the country. On his return, he tried to persuade the owners (including Jerry Baldwin) to offer traditional espresso beverages in addition to the whole bean coffee, leaf teas and spices they had long offered. After a successful pilot of the cafe concept, the owners refused to roll it out company-wide, saying they didn't want to get into the restaurant business. Frustrated, Schultz started his own coffee shop named Il Giornale in 1985. Two years later, the original Starbucks management decided to focus on Peet's Coffee & Tea and sold its Starbucks retail unit to Schultz and Il Giornale for $3.8 million. Schultz renamed Il Giornale with the Starbucks name and aggressively expanded Starbucks' reach across the United States. Schultz's keen insight in real estate and his insatiable appetite for coffee drinks drove him to grow the company rapidly. Schultz didn't believe in franchising, so made a point of having Starbucks own every domestic outlet with one exception. Schultz also went 50-50 with Magic Johnson on stores in minority communities. Schultz is also a significant stakeholder in Jamba Juice. On January 8, 2008 Schultz regained his status as CEO of Starbucks after a hiatus of 8 years. While CEO of Starbucks in 2008, Schultz earned a total compensation of $9,740,471, which included a base salary of $1,190,000, and options granted of $7,786,105. Schultz co-authored a book called Pour Your Heart into It that expounds on his life journey with Starbucks. In his book Schultz admits that he was afraid that "Starbucks may become another soulless big chain."