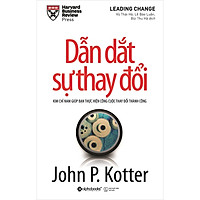 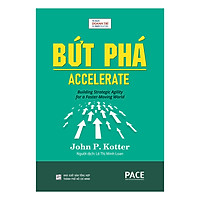 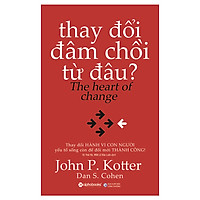 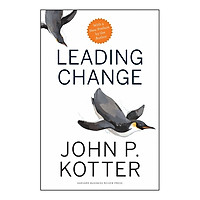 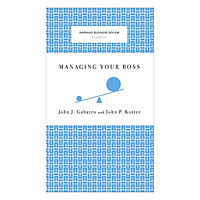 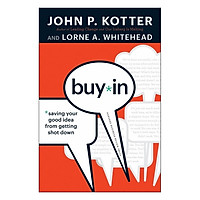 Buy-In : Saving Your Good Idea from Getting...

ohn Paul Kotter (born 1947) is a professor at the Harvard Business School and author, who is regarded as an authority on leadership and change. In particular, he discusses how the best organizations actually "do" change. (Kotter & Cohen, 2002) He graduated from MIT with an S.B. in EECS and an S.M. from the Massachusetts Institute of Technology in 1968 and 1970 respectively [1] and a D.B.A. from Harvard Business School in 1972 [2]. He is an alumnus of the Sigma Phi Epsilon fraternity. He joined the Harvard Business School faculty in 1972. In 1980 he was given tenure and a full professorship. Kotter is the author of 15 books, and his books are in the top 1% of sales from Amazon.com. [citation needed] His international bestseller Leading Change, outlined an actionable, 8-step process for implementing successful transformations.[1] In October 2001, Business Week magazine rated Kotter the #1 "leadership guru" in America based on a survey they conducted of 504 enterprises. . In 1996, it was named the #1 management book of the year by Management General. In 1998, his Matsushita Leadership won first place in the Financial Times, Booz-Allen Global Business Book Competition for biography/autobiography. In addition to Our Iceberg is Melting (2006) and Leading Change (1996), Professor Kotter is the author of The Heart of Change (2002), John P. Kotter on What leaders Really Do (1999), Matsushita Leadership (1997) (which won first place in the Financial Times, Booz-Allen Global Business Book Competition for biography/autobiography [citation needed] , Corporate Culture and Performance (1992), A Force for Change (1990), The Leadership Factor (1998), Power and Influence (1985), The General Managers (1982), and five other books published in the 1970s. He has created two executive videos; one on "Leadership" (1981), and one on "Corporate Culture" (1993), and an educational CD-ROM (1998) based on the Leading Change book. . His books have been printed in over seventy foreign language editions, and total sales exceed two million copies. His educational articles in the Harvard Business Review have sold a million and a half copies, more than any of the hundreds of distinguished authors in the last 20 years. .[citation needed] His newest work released September 2006, Our Iceberg Is Melting, puts the 8-step process within an allegory. This work is also provided as the basis for an in-depth leadership training program called "Leading Bold Change - Creating Leaders at all Levels". The program is offered in cooperation with Dr.Kotter by ISB Worldwide Corporate Learning Management. He has received an Exxon Award for Innovation in Graduate Business School Curriculum Design, and a Johnson, Smith & Knisely Award for New Perspectives in Business Leadership. Kotter lives in Cambridge, Massachusetts, and Ashland, New Hampshire, with his wife, Nancy Dearman, and children.