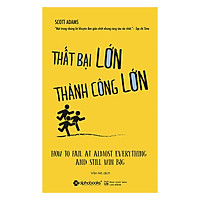 Scott Adams was born in Windham, New York in 1957, and graduated valedictorian from Windham Central School, in a class size of 39. He remained in the area for college, receiving his Bachelor's degree in Economics from Hartwick College in 1979. He also studied economics and management for his 1986 MBA from the Haas School of Business at the University of California, Berkeley. Adams is a member of Mensa. In recent years, Adams has had a series of debilitating health problems. Since late 2004, he has suffered from a reemergence of his focal dystonia which has affected his drawing, though he can work around the problem by drawing using a graphics tablet. He also suffers from spasmodic dysphonia, a condition that causes the vocal cords to behave in an abnormal manner. He recovered from this condition temporarily but in July 2008 underwent surgery to rewire the nerve connections to his vocal cord. As of October 2008, Adams reports he has regained the ability to speak, though not yet to shout. His condition is expected to continue improving over time as the nerve pathways regenerate. Adams is trained as a hypnotist and is a vegetarian. He is a strong believer in affirmations, which he credits with his career, Dilbert's success, a ninety-four on a difficult qualification exam for business school, among other unlikely events. He married Shelly Miles in 2006 and currently resides in Pleasanton, California. He has described his own political views as "Libertarian, minus the crazy stuff," and he supported Michael Bloomberg for president in 2008, even though Bloomberg never was a candidate.