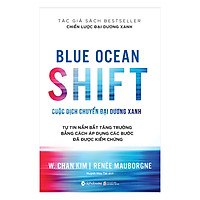 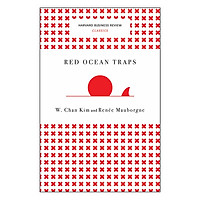 W. Chan Kim is one of the world’s leading authorities on business strategy, innovation and managing the multinational corporation in the knowledge economy. In 2007 and again in 2009, Thinkers 50 placed Chan among the top ten most influential business thinkers in the world. Chan was also recently recognized as one of the world’s most influential academics in global strategy by The Journal of International Management. Chan's book, Blue Ocean Strategy: How to Create Uncontested Market Space and Make the Competition Irrelevant (Renée Mauborgne, coauthor), is an international bestseller. Blue Ocean Strategy sold over one million copies in its first year and is currently being published in 41 languages, breaking Harvard Business Press’s historical record of most foreign language translations ever achieved. With Blue Ocean Strategy, Chan brings business audiences a genuinely important breakthrough in strategic business thinking, which is changing the business lexicon across the globe. Chan Kim is Co-Founder and Co-Director of the INSEAD Blue Ocean Strategy Institute and The BCG Chair Professor of Strategy and International Management at INSEAD, France. Prior to joining INSEAD, he was a professor at the University of Michigan Business School, USA. Chan is a Fellow of the World Economic Forum and Country Advisor to Malaysia. What is a "blue ocean strategy"? A systematic approach to breaking out of head-to-head competition. In today's overcrowded industries, most companies fight long and hard for competitive advantage, battle for market share and struggle for differentiation, only to find themselves fighting their rivals head-on in a bloody "red ocean" over a shrinking pool of profit. These red ocean strategies are less and less likely to create profitable growth in the future. Blue Ocean Strategy argues that tomorrow’s leading companies will succeed not by battling competitors, but by creating "blue oceans" of uncontested market space ripe for growth. Such strategic moves—termed "value innovation"—create powerful leaps in value for both the firm and its buyers, rendering rivals obsolete and unleashing new demand. In her talks, Mauborgne explores the key concepts, tools, and frameworks behind Blue Ocean Strategy and explains how companies can apply these ideas to break away from the competition and create their own blue ocean.