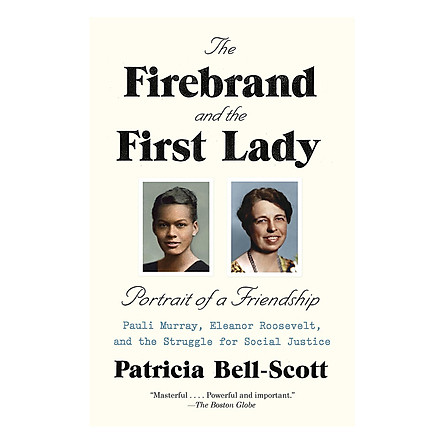 The Firebrand And The First Lady - Portrait Of A Friendship: Pauli Murray, Eleanor Roosevelt, And The Struggle For Social Justice

Two decades in the making, The Firebrand and the First Lady tells the story of how a brilliant writer-turned-activist and the first lady of the United States forged an enduring friendship that changed each of their lives and helped to alter the course of race and racism in America. When Pauli Murray first saw Eleanor Roosevelt, Pauli was twenty-three living at a government-sponsored, two-hundred-acre camp for unemployed women that the first lady had sponsored for working women and the poor. Eleanor appeared one day unannounced, driving her car with her secretary and a Secret Service agent as her passengers.

To Murray, Roosevelt’s self-assurance in that moment was a symbol of women’s independence, a symbol that endured throughout Murray’s life. Five years later, Pauli Murray, a twenty-eight-year-old aspiring writer, wrote a letter to Franklin and Eleanor Roosevelt protesting racial segregation in the South. The first lady wrote back. So began a friendship that would last for a quarter of a century, as Pauli went on to co-found the National Organization for Women and Eleanor became the first chair of the United Nations Commission on Human Rights.

Drawing on letters, journals, diaries, published and unpublished manuscripts, and interviews, Patricia Bell-Scott gives us the first close-up portrait of this evolving relationship and how it changed the cause of American social justice.