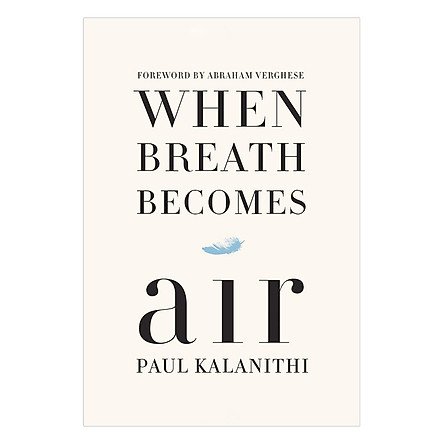 Before writing When Breath Becomes Air, Paul Kalanithi was in residency in neurological surgery and a postdoctoral fellowship in neuroscience. In May 2013, Kalanithi was diagnosed with stage-4 non-small-cell EGFR-positive lung cancer.

As Kalanithi underwent cancer treatment, he shared his reflections on illness and medicine, authoring essays in The New York Times, The Paris Review and Stanford Medicine, and participating in interviews for media outlets and public forums. He also began work on an autobiographical book of his experiences as a doctor and a patient facing a terminal illness.

Paul died in March 2015 at the age of 37. His memoir was published posthumously 10 months later.

The book included a Foreword by Dr. Abraham Verghese and an Epilogue by Kalanithi’s wife, Lucy.

When Breath Becomes Air chronicles Kalanithi’s transformation from a naïve medical student “possessed,” as he wrote, “by the question of what, given that all organisms die, makes a virtuous and meaningful life” into a neurosurgeon at Stanford working in the brain, the most critical place for human identity, and finally into a patient and new father confronting his own mortality.