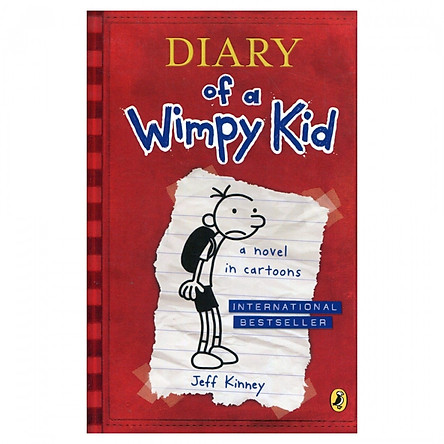 I'll be famous one day, but for now I'm stuck in middle school with a bunch of morons.
Desperate to prove his new found maturity, which only going up a grade can bring, Greg is happy to have his not-quite-so-cool sidekick, Rowley, along for the ride.
But when Rowley's star starts to rise, Greg tries to use his best friend's popularity to his own advantage.
Recorded in his diary with comic pictures and his very own words, this test of Greg and Rowley's friendship unfolds with hilarious results.
Laugh until you cry at all of Greg's hopeless shenanigans. Diary of a Wimpy Kid has got millions of kids reading and laughing at (but mostly with) the famous Greg Heffley.
If you're on the lookout for a funny children's book for 7+, especially a book for reluctant readers, you can't go wrong with the Diary of a Wimpy Kid series.
Praise for Jeff Kinney:
'The world has gone crazy for Jeff Kinney's Diary of a Wimpy Kid' - The Sun
'Kinney is right up there with J K Rowling as one of the bestselling children's authors on the planet' - Independent
'The most hotly anticipated children's book of the year is here - Diary of a Wimpy Kid' - Big Issue
'Hilarious' - Telegraph